The phrase “Lets go shoot at the castle surrounded by the sea” isn’t something we generally get to say very often – but we got to say just that when we went for our “day after” session with Celine & Philippe. They were a bit tired considering that their wedding went into the very wee hours of the morning (6am!), but they were more than ready to take more pictures!

We started back at the chateau where the wedding was held (and where they had stayed the night of the wedding). There were so many areas we didn’t have time to explore on the wedding day, so we decided to start on the grounds there.

After filling more than a few cards (we just couldn’t stop shooting – this place was incredible) we all jumped into Celine’s cute little Peugeot 205 and headed to Mont Saint-Michel. Along the way Laura insisted we pull over into a ditch (well almost) so she can grab some shots in the yellow rapeseed fields you see all over the French countryside. As you can see, she has a great eye and we were all happy we stopped.

Then about 20 kilometers later we arrived. I’m still at a loss on how to really describe this place, but my best attempt would be to say it’s a cross between a real Disney castle and Lord of the Rings.  It would take more than a thousand words to describe it, so its a good thing I’m a photographer so I can just show a picture of it. 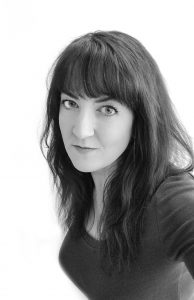